Caj Rio is a music project by Alejandro Garcia. The project needed a logo, album cover for the upcoming album release, and a brand system to maintain the visual identity going forward. The identity needed to express the psychedelic soul/funk music genre and be visually impactful to draw attention on retail spaces and online. The logo system needed to be adaptable to many applications of the brand, with use of icons, patterns, and imagery helping to establish a distinct and authentic personality.

In order to create a unique identity, inspiration was driven by visual elements from the artist’s musical influences (1960’s funk/soul, Italian Library music, soundtracks from spaghetti westerns, and Chicano oldies). Caj Rio’s songs tell stories through lyrics and mood changes. The color palette of deep earthy tones with pops of gold and salmon pink are pulled from old album covers from the 1960’s. The icons and imagery (the Oroborous, a woman, and a palm leaf) are pulled from antique books and postcards, representing stories and journeys. The typography is simplified to one consistent sans serif with roughened edges, creating the look of a stamp. The system of logos and imagery is versatile and can be combined and mix to create endless illustrations, icons, patterns, and more. 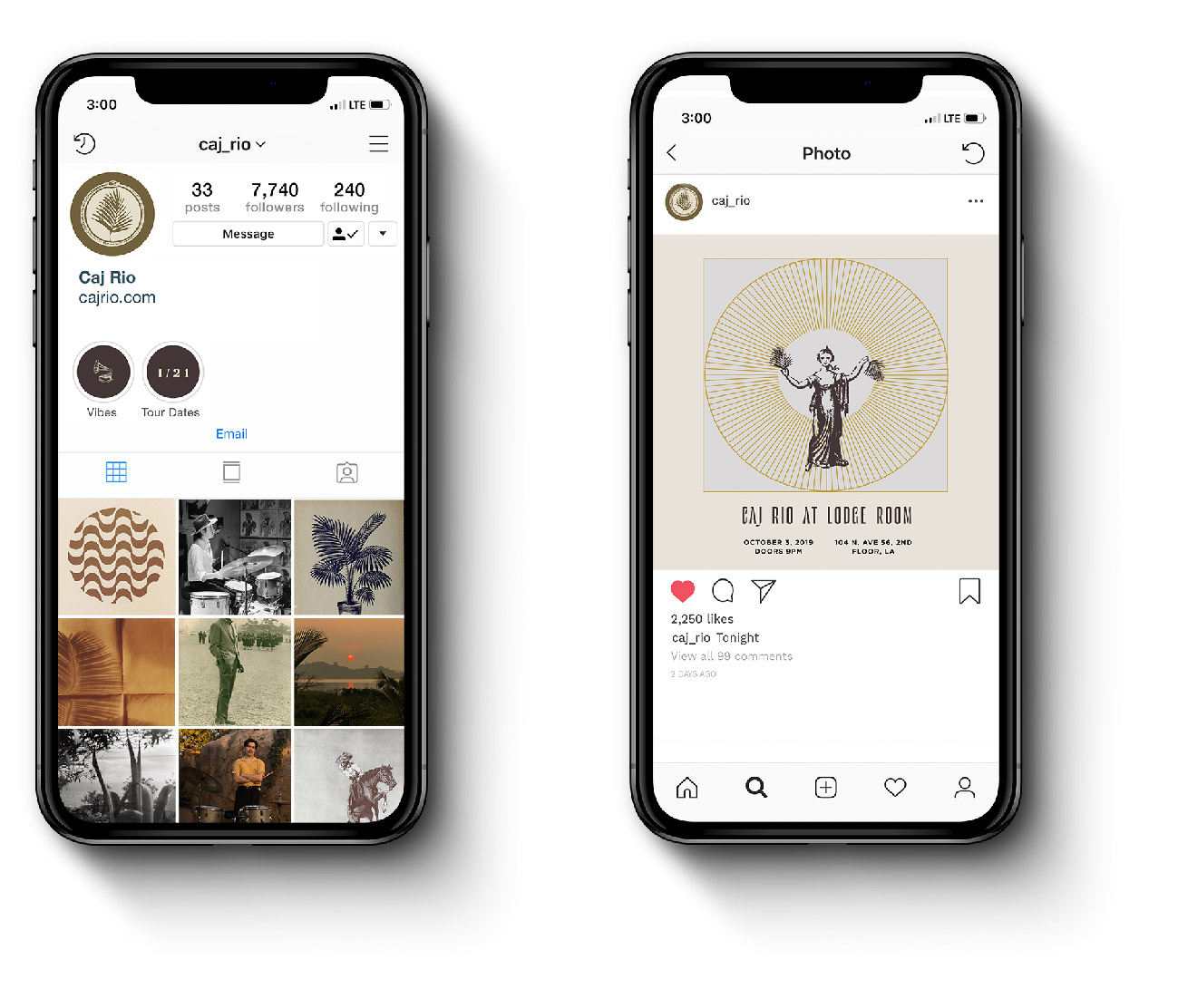 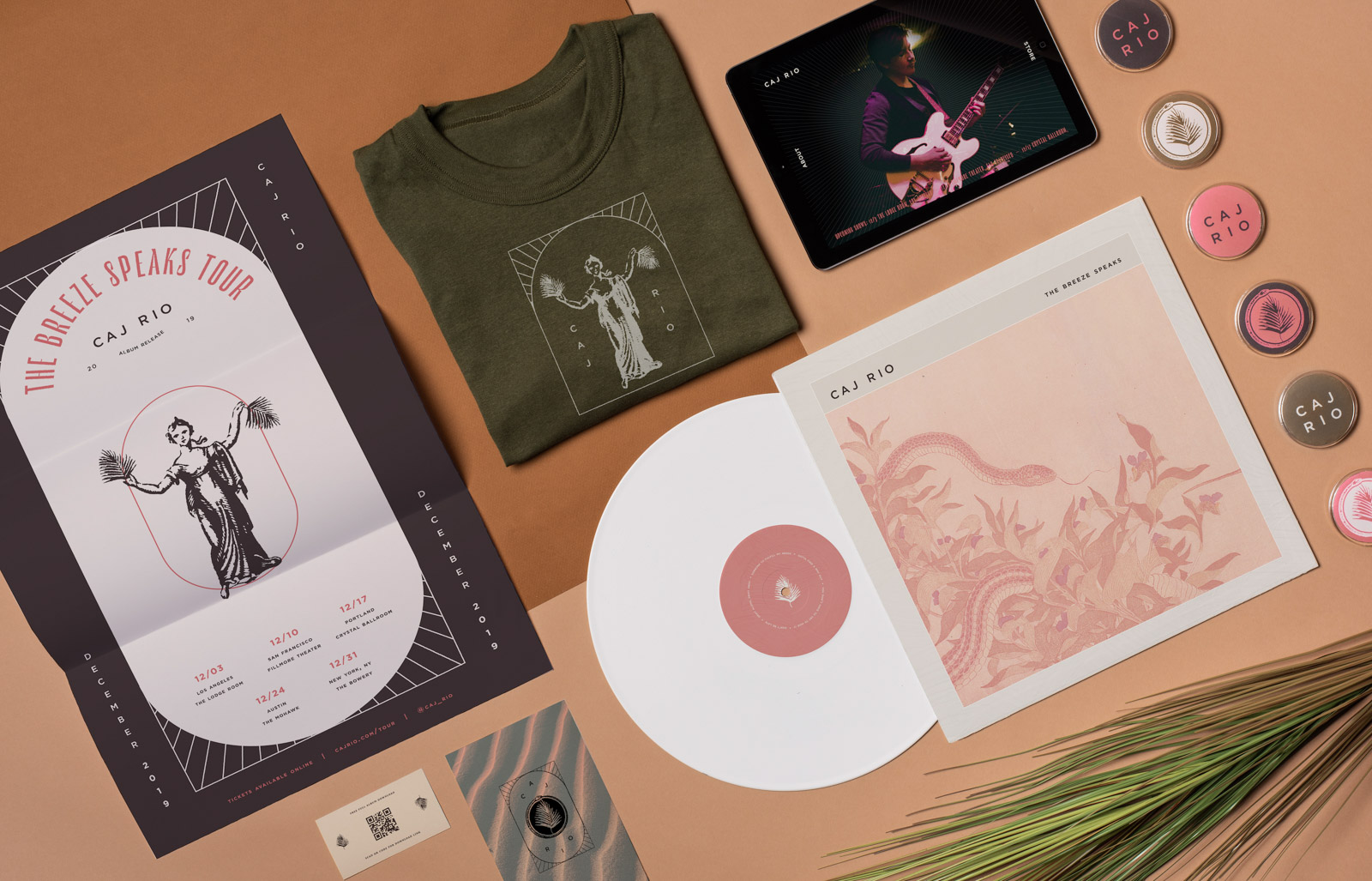 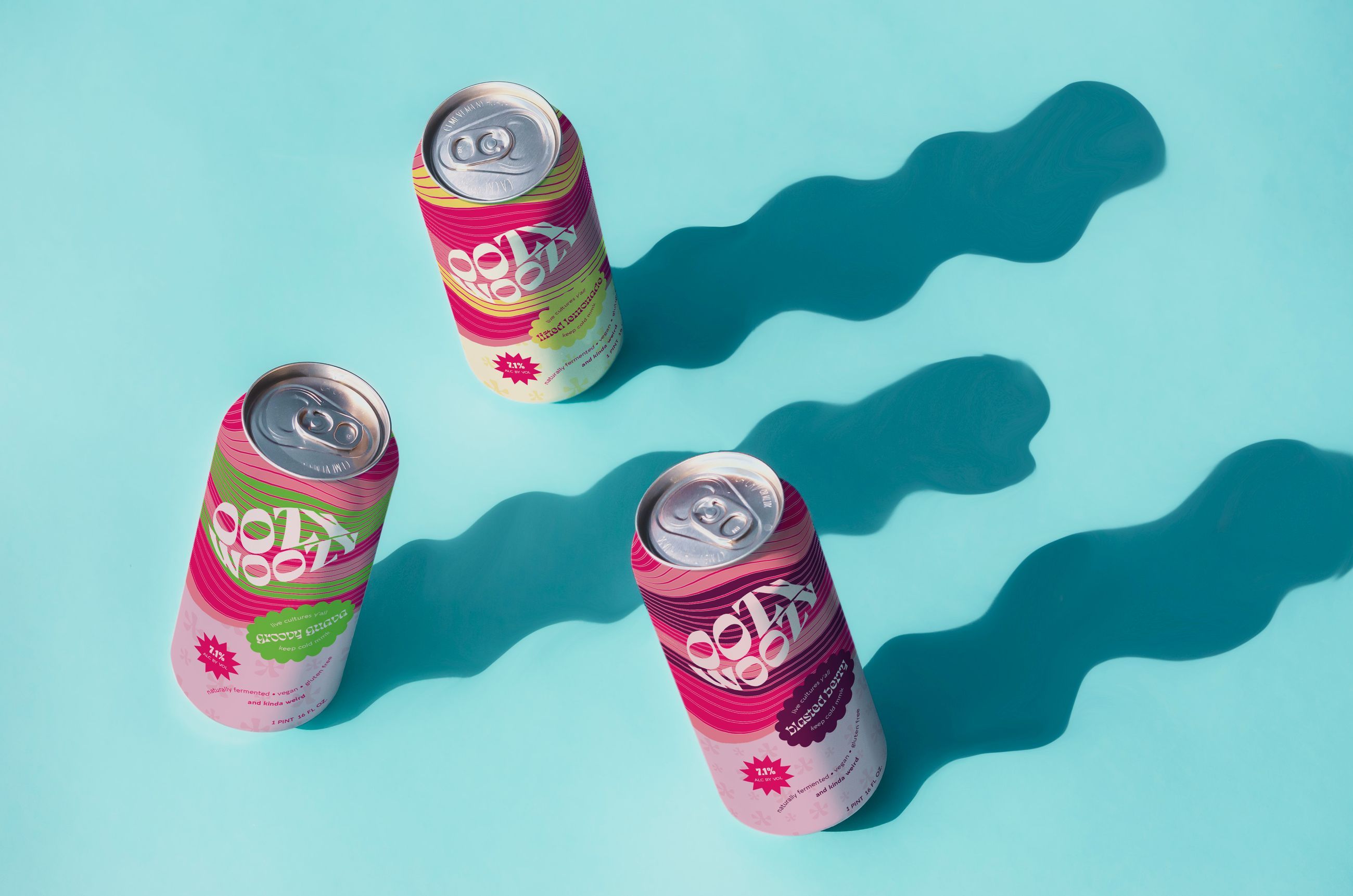